Posted on December 6, 2018 by jofacilitator 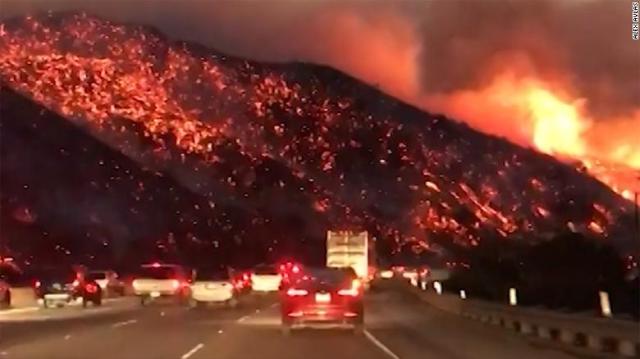 About a week ago, a fire started on the hills at the outskirts of my city.  Most of the city was not in danger, but emergency responders decided that large sections of the city adjacent to the hills should be evacuated.

The evacuation order was announced shortly after the fire began, and the winds were relentless. People packed and left quickly. Traffic jams occured on the few roads out of the area.  The sky turned black with smoke and was illuminated by red-hot flames.  During evacuation, some people who had just completed a Community Emergency Response Team training decided to jump right in and help calm people and direct traffic.  A few others of the neighborhood CERT teams decided to check on people who may need assistance.  All were evacuated with no harm, but there was confusion about where to go and how long they would be out of their home.

The next day the evacuation order still held, but people were desperate to get to their homes for forgotten medications or pets left at home, and just to reassure themselves that the house was ok. The Sheriff arranged a system and asked for volunteers, to support traffic control and escort residents to homes for a quick check and get meds, etc.

People in line were just about frantic for their health, their pets, their property.  It was made more tense by the length of the line and the time of waiting to be next in line to be escorted to their home.  Volunteers from several trained agencies showed up. They walked along the stopped lines of traffic, talked to residents. Listened to harrowing stories, worries and frustration.  Offered water to drink. They gave up-to-date information on the process and time expectation for the line to move up.  At the front of the line, several volunteers were assisting the Sheriff deputies by riding and escorting the residents to their homes.  Some of the volunteers just calmly sat in the shade and held pets while people visited their homes.

For the volunteers, it seemed like not much of a job to do, but the residents were so thankful.  The feeling of having a reassuring presence, knowing there was order and a procedure and that people were being listened to and cared for changed the whole perspective of this day of waiting.  After our day of working with the residents, we heard such grateful comments.  I heard from the volunteers what a gift it was for them to receive the appreciation and gratitude from the evacuated residents.  Each volunteer was so uplifted to have given their support to the people when needed and sharing the positive spirit to keep the calmness and comfort in the community.

By the end of the second day after the evacuation, the residents were allowed to return to their homes.  The fire had moved in a direction away from our town.

I am grateful for the volunteering community who rises up to meet the needs of the moment.

On Sept 1, 2020, I celebrated 50 years of work with the Institute of Cultural Affairs, facilitating meetings, groups, communities, and organizations, making it possible for ordinary people to have a voice in decisions that affect their lives. I retired on December 31, 2021, but still volunteer with the organization.
View all posts by jofacilitator →
This entry was posted in Uncategorized. Bookmark the permalink.